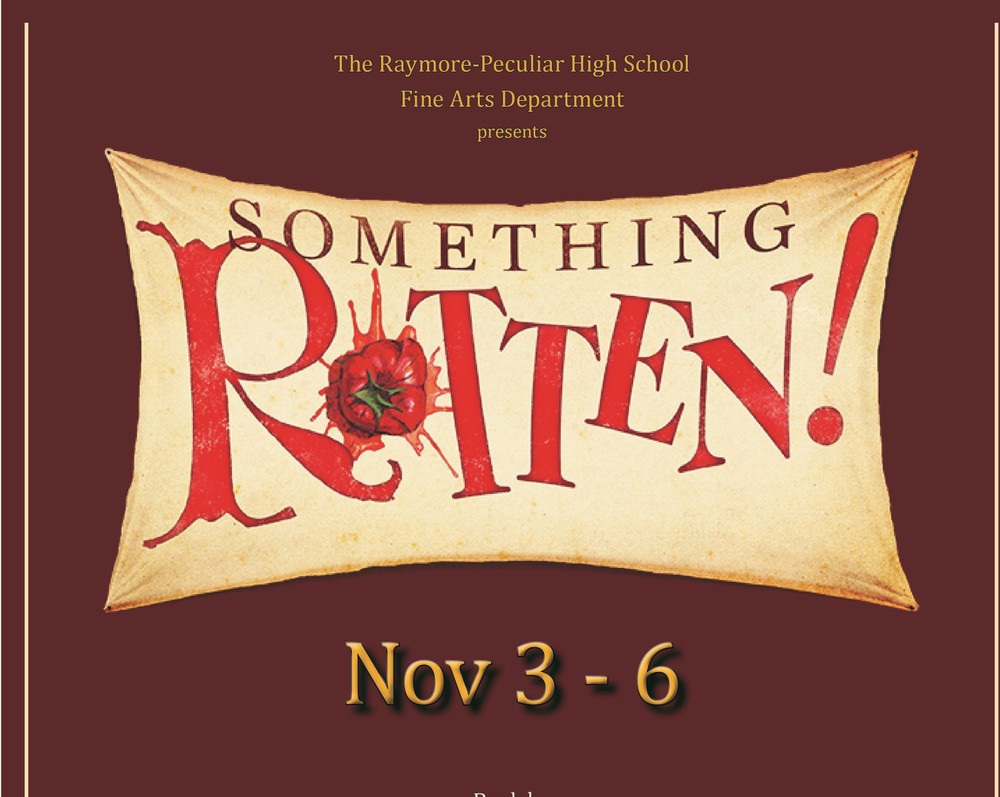 Raymore-Peculiar High School announce its upcoming production of the musical comedy Something Rotten! Performances will be in the Ray-Pec High School Theatre at 7:30 p.m. Nov. 3, 4, and 5; and at 2:30 p.m. Sunday, Nov. 6. Reserve tickets by calling the box office line, 892-3999, extension 2400. Tickets are $7 for adults and $6 for students.

Something Rotten! is the hit musical that took Broadway by storm and had audiences howling with laughter. The musical centers on Nick and Nigel Bottom, two brothers who are trying to make it in the theatre world in the time of Shakespeare. Hoping to create something new and popular, Nick visits a soothsayer and finds out that musicals will be all the rage in the future. As the Bottom brothers work to create the world’s first musical, they come up against the outrageous and extremely popular Shakespeare, who determines to discover what theatrical innovation the brothers are working on. Filled with catchy songs and lots of laughs, Something Rotten! is a fun new musical comedy.

Working behind the scenes are Teacher Todd Schnake as the director, Teacher Stephen Rew as the music director, Patron Michael Connelly as technical director, and Patrons Pam Schnake and Kay Connelly as production assistants.

Students comprise the rest of the crew. The lighting designer is Jillian Griffin. The assistant directors for Something Rotten! are Alia Abdelgawad and Alexis Balentine. The stage manager is Owen Phillips, with assistance from Hailey Feagins. The sound engineer is Aisha Yanez-Corea.  Props are overseen by Abbie Anderson, Hailey Feagins, and Natalie Kies. The costume, hair and make-up crew is headed up by Kennedy Varner and Irelynn Sloan. 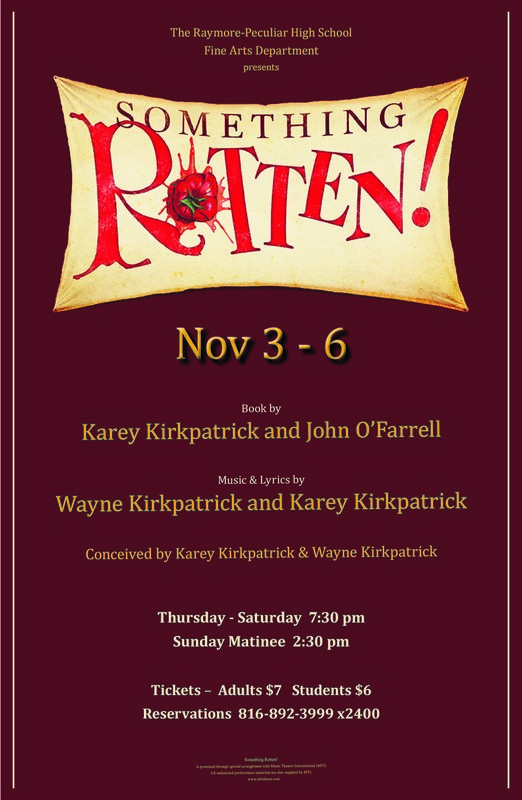